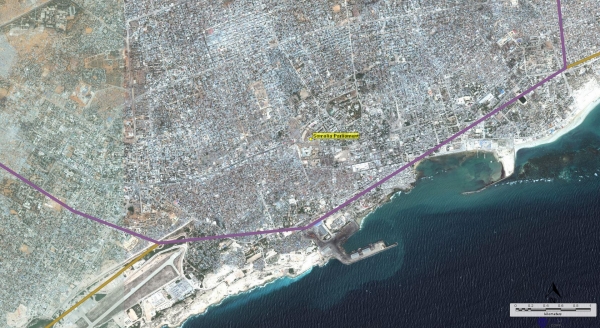 A vote of no confidence against the Lower House Speaker of Parliament is likely to proceed, tomorrow, Mar 31, in Mogadishu, Boondheere district IVO Somalia Federal Parliament (see map location above). Heightened security and road closures are expected throughout Mogadishu on Mar 31, with signs of increased security on central roads and junctions reported today in the capital.

Tensions are heightened in the city due to political uncertainty, inconsistent messaging and lapsed timelines on the vote. According to parliamentary standing orders, a motion of no confidence that has met the requisite threshold for support of the motion should be tabled before parliament within ten days for a vote, or it will be considered expired and be nullified. The date from when first deputy speaker of Parliament, Abdiweli Ibrahim Mudey accepted the motion, Mar 14, and requisite ten-day deadline lapsed. On Mar 25, a Senate Committee, established to mediate over the tensions within the Lower House, issued a report that recommended that the ten day timeframe should run from Mar 18 when the parliamentary speaker Jawari formally accepted the motion. According to this date, the motion should have been tabled by Mar 28, however conflicts of interest existed due to the motion being tabled against Jawari. The Senate position was contradicted by Mudey, who issued a press statement that the motion against the speaker would be tabled on Mar 31. Mudey provided no sound legal reason for an extension of the ten day period to Mar 31.

Since the Mar 28 deadline, competing claims from both sides have emerged. Late evening on Mar 28, a statement was released, which allegedly had support from 120 pro-Jawari MPs, and accused Prime Minister Hassan Ali Khaire of orchestrating the no-confidence motion against the Speaker and warned that the PM and President Mohamed Abdullahi  Mohamed Farmajo would be held responsible should national institutions “collapse”. While the pro-Jawari MPs described the motion as having failed for not taking place by Mar 28, MPs in support of the motion have insisted the vote will proceed on Mar 31. Today, Mar 30, another letter has been released, alleging that 223 MPs are supporting the motion to remove Jawari.

Most concerning is that the motion deadline extensions indicate those driving the agenda have the power to set aside the constitution for political ends. Since the motion has been raised, outside security forces have taken control of parliament, which appear to be linked to those in government looking to unseat Jawari. Jawari has been seeking to have the normal parliamentary security forces reinstated. However, today, Mar 30, Mudey issued another directive ordering the new security forces to remain in control tomorrow’s proceedings, and that no armed guards or personal security for the MPs be allowed into the proceedings.

Given an escalation in political tensions within the government and evidence of political manipulation of security forces, there is a risk that security force units may be compromised which may expose security vulnerabilities in the capital. There remains a heightened risk of politically motivated attacks, and we assess there to be an elevated potential for al- Shabaab to attempt to exploit the discord to execute near term high profile attacks in Mogadishu.

Security managers are recommended to consider reviews on plans and procedures, and may consider limiting non-essential movements in the near term.