Vates Corp Analysis: AMISOM to draw down 1,000 military personnel by end of 2017 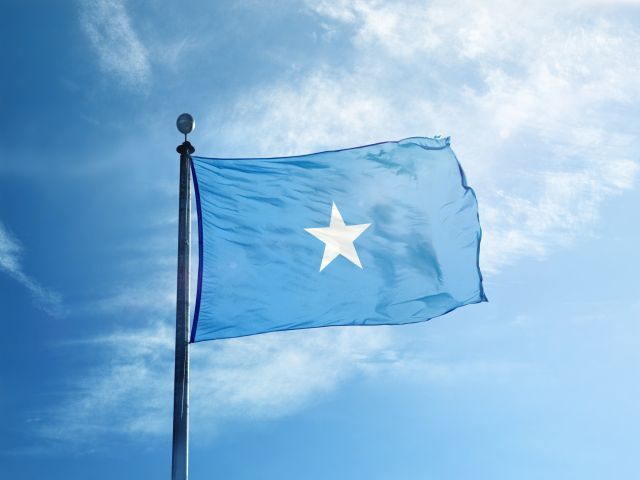 Vates Corp Somalia Analysis: AMISOM to draw down 1,000 military personnel by end of 2017

On Dec 01, a meeting of the AMISOM Military Operations Coordination Committee (MOCC) reviewed the preliminary conclusions of the operational readiness assessment (ORA) process, and emphasised that the takeover of primary security responsibility from AMISOM was dependent on enhancing Somali national security forces. The meeting that brought together the chiefs of defence staff and representatives of troop/ police contributing countries (T/PCCs) and donors, stated that although al-Shabaab was significantly weakened, it continued to pose a major security threat. MOCC agreed to refocus offensive operations and to address command, control and coordination issues. This included a directive to immediately review the AMISOM concept of operations (CONOPs) with an experts meeting. The need for sustainable funding for AMISOM and National Security Forces was discussed, in addition to an agreement to step up training support and combat capability of the SNA. The MOCC requested that the Dec 04 Somalia Security Conference outline a comprehensive list of requirements for AMISOM and Somali security forces to take over security responsibilities.[i] The AMISOM exit plan stipulates a phase one reduction of 1,000 soldiers and an increase of 500 police by Dec 31.[ii]

Assessment The MOCC meeting indicated two positive developments - reconsideration of AMISOM’s CONOPs towards increased offensive actions and that AMISOM’s exit should be contingent on national security capabilities. Linking the AMISOM drawdown to SNA readiness will help reduce concerns of al-Shabaab delaying its actions in order to exploit the likely security vacuum. It will require trust and commitment by TCCs, international sponsors and Somalia government that efforts will be directed towards building national security force capabilities within a realistic, but defined timeframe, rather than being used as excuse to further delay the transition. However, there are several issues which could impact on a successful transition and AMISOM exit after over a decade of the mission in Somalia. AMISOM TCC have complained about underfunding since Jan 2016 when the European Union implemented a reduction of its allowances by 20 per cent. Even though the EU had given notice of its intent a year before the cuts were implemented, there has been continued push back from TCCs and African Union that the responsibility for the mission should be through the UN and as such allowance payments should be on par with that of UN missions, which it is not. The EU is due for another round of cuts in assistance in 2018. Reduced allowances have negatively impacted on morale of AMISOM troops. TCCs will almost certainly continue to threaten their participation in AMISOM over the allowances dispute, which is likely to undermine the transition process and further weaken coordination of any offensive operations.

While AMISOM and the security conference agreed that AMISOM’s exit should be aligned to national force capabilities, the phase one draw down is moving forward. The existing timeframes for drawdown appear overly optimistic given the challenges to overcome. Another concern is how the draw down will be implemented. According to some reports, the phase one troop reduction has been agreed to be evenly shared between each TCC rather than based on a threat assessment of al-Shabaab in different sectors of the country. This may indicate that a deal was reached aimed at securing the same proportional share of allowances to TCCs rather than prioritising operational requirements. While funding of the mission is a critical issue, there is no guarantee that this will result in alignment to a central command strategy where the priority is to degrade al-Shabaab rather than the current situation where respective TCCs are focused on what they perceive to be in their national interests. This approach has arguably manifested in a lack of coordination among respective commands and for forces adopting defensive positions inside Forward Operating Bases (FOBs). It is highly probable that this will continue to be a barrier to effectively coordinating offensive operations in spite of an agreement to review the CONOPs.

Furthermore, capacity building of a national army by a multitude of donors has been ongoing for a number of years and it has failed to result in a professional, and capable national armed forces. Some have also argued that focus on AMISOM TCCs have contributed to the difficulties of mobilising large scale investment for national security forces.[iii] However, while populist sentiment may want AMISOM to exit as soon as possible and signs of mission creep will do little to degrade al-Shabaab capabilities, without significant international investment in training and development of an effective Somali National Army, there is a significant risk of a security vacuum should the exit go ahead with the current schedule. Indeed, it is highly probable that AMISOM TCCs understand and may be exploiting this reality through limited offensive operations accompanied by threats of withdrawal and calls for additional assets and funding. As such a coordinated strategic military campaign focused on degrading al-Shabaab remains an elusive critical element to security sector reform, capacity building, development, and ultimately to future stability in Somalia. End

[i] The Security Pact in May and U.N. Security Council Resolution 2372 on Aug 30, determined that AMISOM and its partners will build “a capable, accountable, acceptable, and affordable Somali-led security sector” to enable AMISOM to exit Somalia.

[iii] There appears to be a shift towards focus on national security forces, possibly influenced by what has been achieved in terms of the development and general national support towards Danab and Gashaan Special Operations Forces, as well as the challenges facing AMISOM and stalled progress after a decade long engagement in Somalia.