Analysis: Al-Shabaab Response to U.S. Recognition of Jerusalem as the Capital of Israel

Al-Shabaab calls on all Muslims to take up weapons in response to U.S. President Trump’s announcement recognising the Jerusalem as the capital of Israel 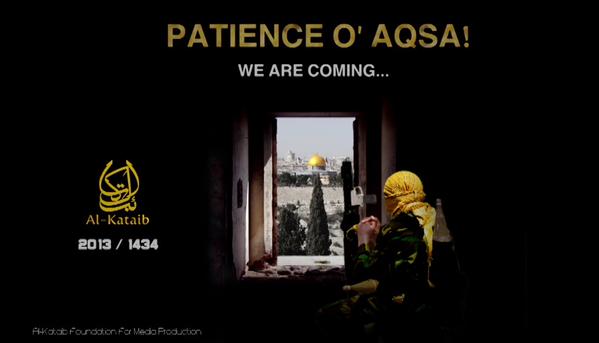 On Dec 06, U.S. President Donald Trump declared the U.S. officially recognises Jerusalem as the capital of Israel. The U.S. Embassy is to also relocate to Jerusalem from Tel Aviv.[i] On Dec 07, Shahada Agency published a statement by al-Shabaab spokesperson, Sheikh Ali Dheere, who called upon all Muslims to take up weapons and defend “al-Aqsa from the America-backed Zionist occupation”. Ali Dheere said U.S. President Trump’s decision to officially recognise Al-Quds[ii] [Jerusalem] as the capital of Israel “is evidence of the rise of its [America’s] aggression against Islam and the Muslims”. He stated, “In any event, it does not change the truth that all of Palestine was and will always be the holy land of Muslims”. Palestine’s leader of Hamas, Ismail Haniya, has declared Friday Dec 08 as the beginning of a new Palestinian Intifada or uprising.

Assessment As expected, al-Shabaab has issued a new threat against the U.S. following President Trump’s recognition of Jerusalem as the capital of Israel.[iii] It is assessed as highly probable that al-Shabaab may attempt to step up attacks against U.S. targets during this period, with a heightened near-term threat to Mogadishu International Airport (MIA), and Balidogle, as well as other Western international interests in Somalia. Al-Shabaab is likely to exploit the announcement, which it said was ‘evidence of U.S. aggression against Muslims’, in order to seek to justify its actions as retaliation for airstrikes and alleged civilian casualties. The declaration may also see al-Shabaab renew its attempts to rally civilian support and potentially gain East African recruits for its terrorist campaign. However, we do not expect a shift away from targeting of Somali government and security officials, which al-Shabaab will continue to portray as legitimate targets for serving as ‘puppets of Western interests’. Furthermore, while the group may possess the intent to undertake attacks against U.S. and Western interests, the group's capabilities to mount effective attacks against hardened military targets in Somalia may be limited. This could see the group attempt to target other locations of the country where internationals and aid workers operate, such as Baidoa, Bosaso, Galkayo, Garowe, Kismayo and potentially less secure cities of Somaliland.[iv] The U.S. move could also possibly motivate al-Shabaab attacks and potential lone wolf attacks against Western and Israeli interests in neighbouring countries in East Africa.

Threats to step up attacks against the U.S., Israeli and potentially general Western interests worldwide from radical elements, including both al-Qaeda, Islamic State and other extremist groups, are likely in the near term. In addition, Hamas’ declaration of a new intifada could spark sympathetic protests and attacks in other countries. The declaration has also been met with apprehension and condemnation from moderate voices over concern that it may jeopardise the Israel-Palestine peace process as well as to alienate key allies from Muslim majority nations. It is highly likely that civilians will hold protests directed against the U.S. decision in key East Africa cities, including Mogadishu, which may have potential to become violent. The period following Friday prayers is almost certain to become a focal point for protest activity. U.S. citizens, and other Western internationals should exercise heightened security awareness while reaction to the declaration is monitored and assessed. End

[i] President Trump stated that this decision did not reflect a departure from the U.S.’s commitment achieve lasting peace or the possibility of a two state solution between Israel and Palestine if agreed by both parties. President Trump called for calm, peace, moderation and tolerance.

[ii] Arabic name for the city of Jerusalem, “the holy one”.

[iv] Historically al-Shabaab does not attempt to target Somaliland, with the last significant attack by the group in Somaliland territory targeting the UN Compound, Oct 28, 2008.